This is a simple video poker game for the PIC 16F628 and a 20×4 character LCD. It’s written in PIC assembly for MPASM.

I started the project in 2002. I originally intended it as a birthday present for my brother, who is an enthusiastic if occasional player of casino video poker. This Mark I version foundered, though, as the PIC 16F84 didn’t have quite enough program ROM to handle it; I shelved the project until just recently when I got a programmer that could handle the 16F628. 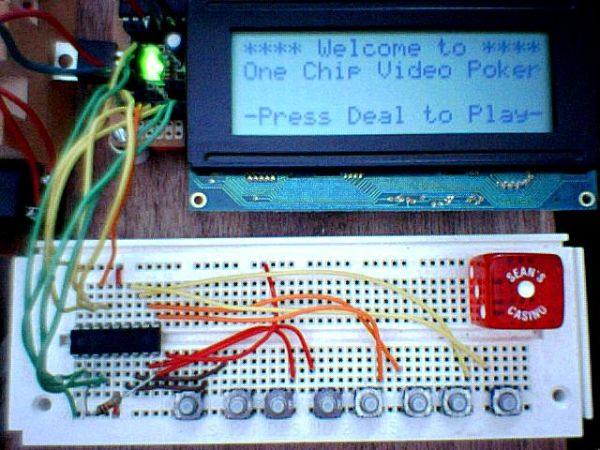 As of this writing (Aug. 10, 2004) I still haven’t gotten around to making a “production model” suitable as a gift, but the brother may yet receive one.

If you build this project, please email me and let me know what you think of it!

For Those Who Just Want To Build It

The Hardware Section is for you – it shows the schematic and parts list and has the .hex file ready to burn!

Why Video Poker, you ask? 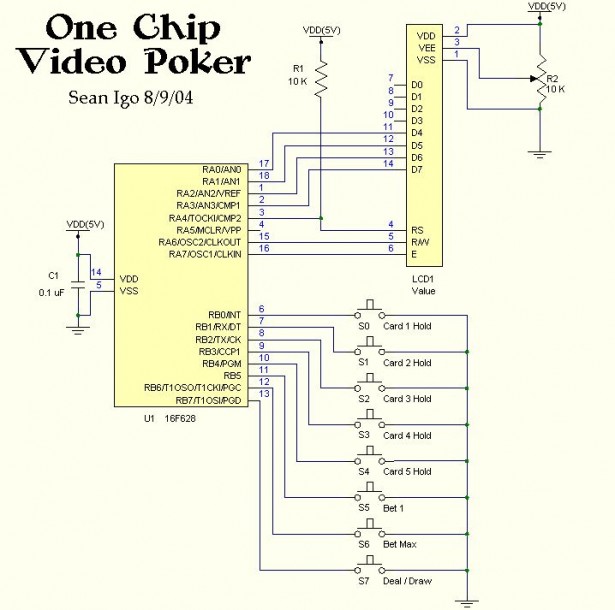 18 pin PIC Development Board I have long been playing with Microchip PICs but have always made do without some...