When Texas Instruments (TI) introduced their new value line 16-bit microcontroller complete with the programmer and development board named MSP430 Value Line LaunchPad in the mid of 2010 for only USD 4.30 include the shipping cost, this make it as the cheapest programmer and development board platform that you could ever find in the market. Therefore the introduction of the MSP430 value line LaunchPad development board make a tremendous impact especially among the electronics hobbyist, students, and enthusiast because now the big boy (TI) is seriously taking part in the electronic hobbyist market and directly compete their 16-bit class value line microcontrollers to the 8-bit class microcontrollers which are mostly dominated by Atmel and Microchip. 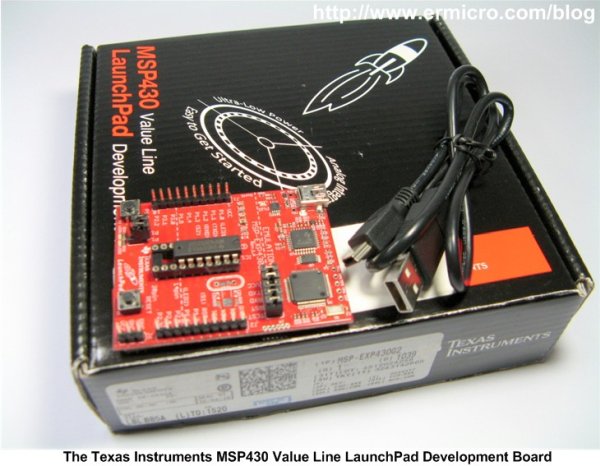 The MSP430 Value Line LaunchPad development board is come with the eclipse based Texas Instruments integrated development environment (IDE) called Code Composer Studio (downloadable from the TI website) and equiped with the professional grade C compiler and debugger, which make the development of MSP430 microcontroller based embedded system become easy and fun.

After many considerations of what is the attractive way to introduce this MSP430 microcontroller, instead of just started with a common blinking LED, I decided to built a simple and yet most popular robot,…yes,…is another Line Follower Robot (LFR) using the Texas Instruments 14 pins 16-bit MSP430G2231 microcontroller that come with the MSP430 Value Line LaunchPad development board. Because I think building a robot will give you the basic knowledge and understanding you needs to start explores many of the advance features offered by this 16-bit MSP430 value lines microcontrollers by yourself.

If you notice on the above picture this Line Follower Robot (LFR) used a similar CD chassis, DC geared motor, and sensors found on my previous articles “The LM324 Quad Op-Amp Line Follower Robot with Pulse Width Modulation“. Therefore this project also serves as a good example of the “digital” version of the analog LFR we’ve built before.

The following is the complete electronic schematic of the Line Follower Robot: 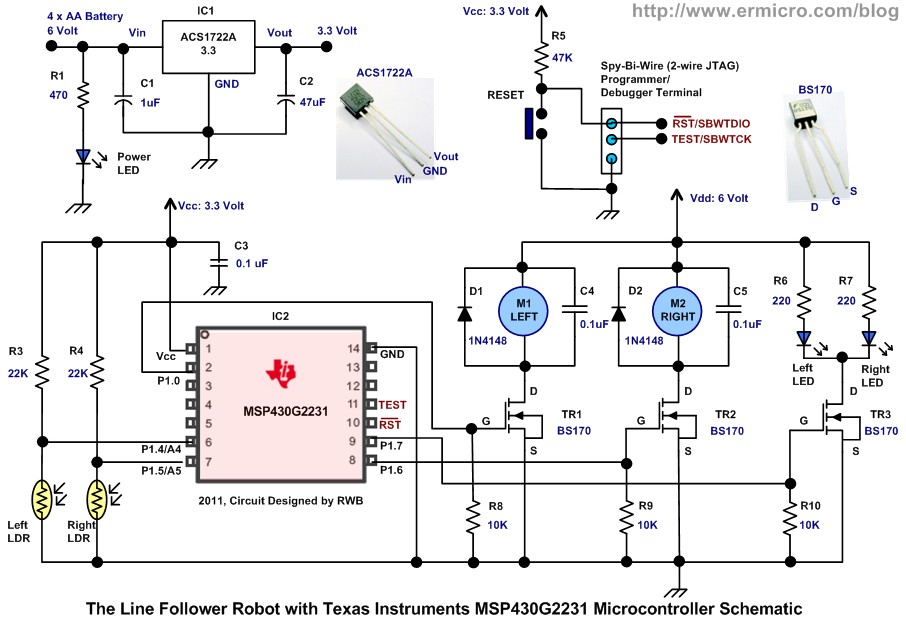 Now let list down all the necessary electronic components and other supported materials to build this LFR: