How to Address Security Vulnerabilities in Autonomous Vehicles


There was a time when the only types of theft automobile manufacturers worried about were patent infringements or vehicle theft as it impacted the end user. They strove to keep their latest designs safe from Intellectual Property Theft while ensuring that they fitted vehicles with the latest anti-theft technology for drivers seeking that extra level of protection. 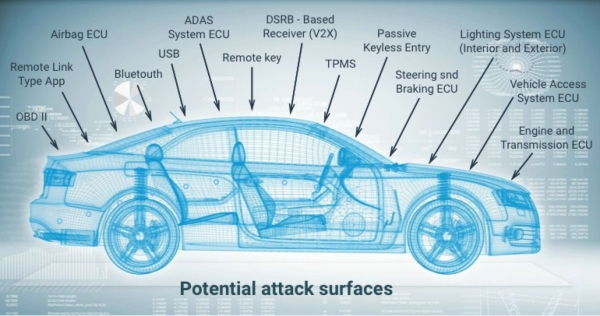 In fact, companies dealing with this issue sprang up and made a fortune designing and selling anti-theft devices. LoJack is one example of the kind of technology in play today with the sole intent of protecting cars from being stolen. While the technology isn’t simple by any means, it’s much more basic than the kinds of anti-theft protections needed by autonomous cars.

Now it seems that any savvy hacker may have the ability to gain control of a driverless car because of the ongoing cybersecurity threats the world already faces. Believe it or not, this is a whole area of focus which has yet to be developed. With autonomous vehicles gaining in popularity, it’s vitally important to address those security vulnerabilities inherent in this type of technology. Let’s expand on this for a bit.

When you think of automobile engineers, probably the last thought that pops into your head would be a computer engineer. Even though cars have been ‘computerized’ for decades now, it’s still in its infancy when it comes to autonomous vehicles. These are driverless automobiles that are aimed at being safer because at least 90% of all accidents are the result of human error.

Tomorrow’s automobile manufacturers would need a new kind of knowledge base, a new type of degree, that is. If you are looking for a career with a future in the automobile industry, it’s time to check out advanced degree programs like those offered at Kettering University online. You would want to get a masters in electrical and computer engineering with a strong specialization in advanced mobility. This is a field of study that deals with computer technology in autonomous vehicles. Get an MS in electrical and computer technology and you will be prepared to help address many of those security concerns the industry now faces.

Enter the Internet of Things

Much has been made of the Internet of Things, IoT, and how it has simplified our lives. It is now possible to stay connected to literally everything and everyone from a remote location. The IoT makes it possible to control systems in your home such as electrical lighting, climate control, and even home security systems.

These are all connected in the Cloud, and with a few easy commands on the dashboard of your mobile app, you can change settings as needed without ever stepping foot in your home. It is this very same technology that has car owners concerned over the security of their cars – in more ways than one.

Theft Is Only One Issue Car Makers Must Face

One of the key selling points in today’s market is those anti-theft devices hi-tech cars now come equipped with. From state-of-the-art security systems connected to police and security companies to GPS trackers that let them know where their vehicle is at any given moment. While parents love this feature if they have teenage drivers to keep track of, most drivers also like that extra measure of security in knowing that should their car get stolen, it can be easily tracked with an onboard GPS connected by an app on their computers and mobile devices.

Unfortunately, theft is just one area today’s drivers and car makers are concerned with. The driving (no pun intended!) purpose of driverless cars is safety. That is the real issue and one which concerns most people going forward. If a hacker can gain control of your vehicle, how safe are you really going to be?

Does this mean that a hacker can gain control so that you have no way to stop accelerating on a busy roadway? What happens if they disable your brakes or turn off your headlights at night? There are any number of features which could be hacked and a savvy hacker with nefarious intent might very well be able to do those things if motivated.

Bearing in mind that every time a vulnerability is identified, a patch or ‘fix’ needs to be designed in a desktop or mobile device, the same holds true with computer-controlled autonomous vehicles. The industry is working diligently on finding and patching any vulnerabilities as they are identified and the way they do this depends on the specific threat.

What you might want to know is that there is no one coding language that is used throughout the vehicle. That, in itself, is that bit of extra protection car manufacturers can expand on. No automobile manufacturer actually makes all the parts that go into a vehicle and, as a result, a hacker would have to know which manufacturer designed a specific part they were trying to hack; that could take more time than they are willing to spend.

Collaboration Is the Way Forward

While every car manufacturer wants to be the first to put out that fully autonomous car with all the bells and whistles, it is becoming more and more evident that in order to heighten security, collaboration is needed. This doesn’t necessarily mean that they need to share their coding language or intellectual property, but it can mean that they can share vulnerabilities they’ve uncovered and work together to address them for the benefit of the industry.

No two manufacturers will have the same fixes, and that can be seen as a good thing. Remember, a hacker needs to know how the computer is coded in order to gain access, but they also need to know where to find that backdoor in. If car manufacturers work together to lock those doors, the industry as a whole will benefit.

Take that advanced degree, that master in electrical and computer technology to identify and lock those back doors. Autonomous cars are a highly anticipated future and with that advanced training, you can be the solution the industry seeks.

Determine the power absorbed by the VCVS in the figure. Solution: The VCVS consists of an open circuit and a...