The ESR meter is perfect for any electronics repair technicians, engineers or hobbyist. This handy meter measures electrolytic capacitor equivalent series resistance (ESR) in the circuit. ESR is a very important characteristic of capacitors greater than 1 microfarad. This meter makes measurements which are often impossible to check with standard digital capacitance meters.

The capacitance of the Device Under Test (DUT) is measured by finding the time taken to charge it to a particular voltage.

The Equivalent Series Resistance (ESR) of the DUT is measured by subjecting it to a pulse of known current, and finding the voltage developed across it. 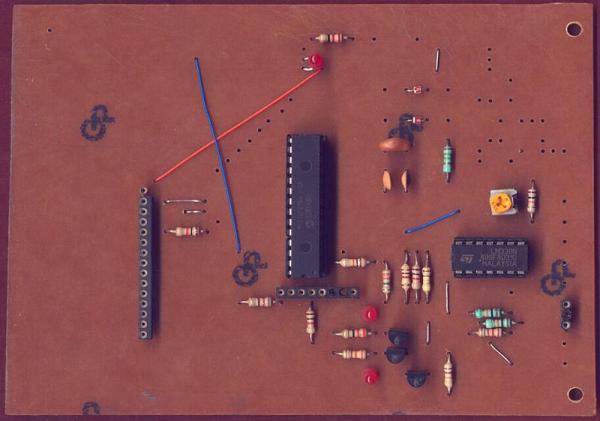 Capacitance Measurement:
There are two ranges: A resistance of 4.7 Megohms is directly connected from the “hot” terminal of the DUT to the positive supply voltage. A resistance of 4.7 Kilohms can be connected to the positive rail by switching a transistor on.
Initially, the measurement is attempted with the 4.7K resistor. The time taken for the DUT to charge to a particular voltage is measured. If the result is too small, the resistor is switched off and the measurement is attempted again with the 4.7M resistor. Thus the two ranges differ by a factor of 1000.

ESR Measurement:
There are two ranges: First, a constant current source of about 5 mA is switched on and the voltage across the DUT is measured. If the reading is too low, the voltage reading is repeated with a current of 50 mA. Thus the two ranges differ by a factor of 10.

The DUT is discharged using one comparator in the LM339 as a switch. Adequate time has to be allowed in between readings in order to discharge the DUT fully.

The measurement of ESR is only valid for capacitors larger than about 10 microfarads or so. This is because smaller capacitors charge up from the pulse of current used to test them.

The DUT is discharged to get rid of any charge it might have accumulated during the previous measurement cycle.

It is then connected to the positive rail through a 4.7 Kilohm resistor. Two comparators in the LM339 monitor the voltage on the DUT as it charges up.

The width of the pulse of the window discriminator is proportional to the capacitance of the DUT. This is measured in a loop. Calibration is by adjusting the delays inside this loop, by padding it with goto’s and nop’s.

If the result points to a small value of capacitance, the measurement is attempted again with just the 4.7 Megohm resistor. This time, the pulse width is measured by a separate loop so that the range can be separately calibrated. This loop has the provision of compensating for the fixed capacitance of the circuit in parallel with the DUT (zeroing).

Again, the DUT is discharged to get rid of any charge it might have accumulated during the previous measurement cycle. 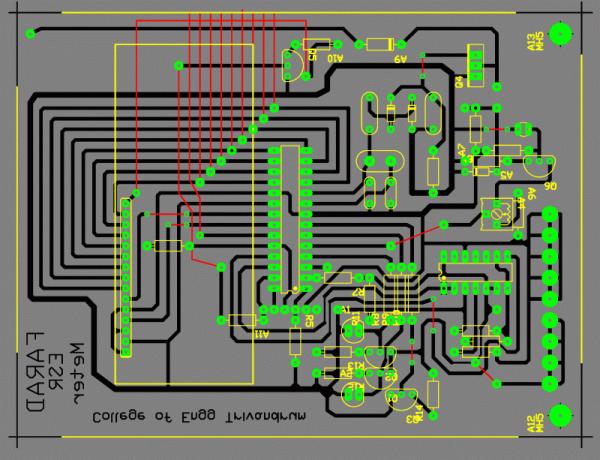 It is then subjected to a short pulse of current – just long enough for the ADC inside the PIC to aquire a reading. Since the pulse is short, the capacitive part of the DUT is assumed to be uncharged. The voltage drop across the DUT is then contributed by its ESR alone. Thus the voltage read from the ADC is proportional to the ESR, and may be displayed as such.

This measurement is calibrated by adjusting the reference voltage applied to the internal ADC of the PIC.

Take a good capacitor, around 100 or 1000 microfarads, and connect a small resistor, 10 or 5 ohms, in series with it. Connect to the meter and adjust that pot until the meter reads the resistance of that resistor. Repeat with other capacitors and resistors as a check on your calibration.