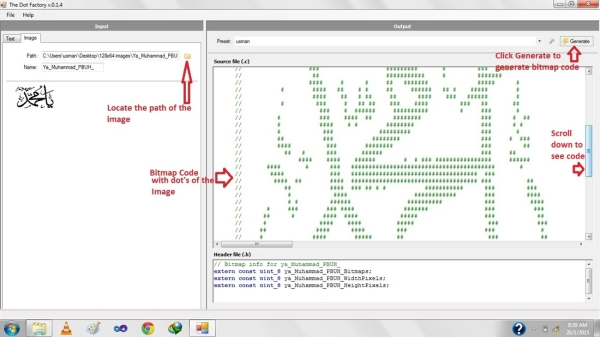 The first pic which i am going to display is mine(The Admin). Its original size is 960×1280, format is .jpg and its a monochrome pic. I converted it to black and white, format .bmp and size is reduced to 128×64 using an online software for image editing.
Now when you converted images its time to find bitmaps. Bitmaps are found using special softwares. I used an open source software The Dot Factory. Just give the path of the image and click generate it will generate bitmap with in a second. Download the software here…
Dot factory not only generates bitmaps it also gives you the dimension of the newly generated bitmaps. Once bitmaps code is generated you can copy them from their and place them in your code.

oming to the code portion. Code is written in C++ language using MPLAB-IDE and HIGH-TECH C compiler is used to compile and generate hex code of the project.

Functions in the code with their functions are explained below…. 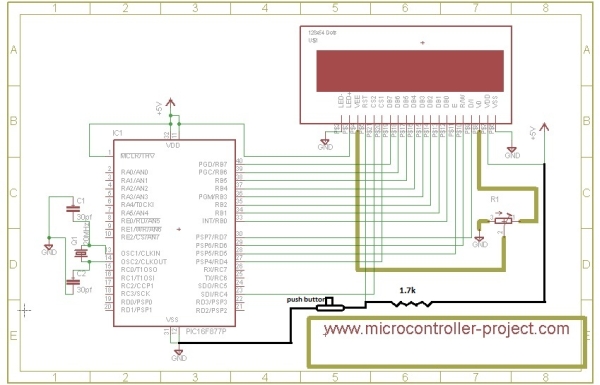