It’s a kitchen timer. Use it to time spaghetti, or maybe an egg. It uses two PICs, one acts as a keyboard encoder, the other drives the display and supports the timer functions. You key in the desired time and press ‘#’. It’s accurate to 1/100th of a second, which can make all the difference I’m sure you’ll agree.

You can buy something similar to this from Denkimono. 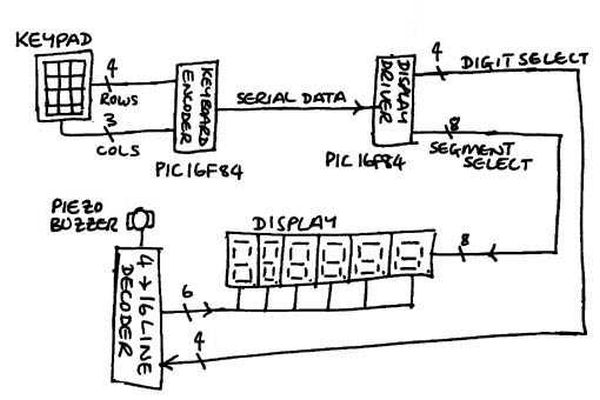 3 binary inputs decode to 8 outputs so one of the spare outputs was connected to the buzzer. The drawback with this is that the display and the buzzer cannot operate concurrently. This was turned into a ‘feature’ by flashing the display when the buzzer is sounding.

READ  Using PicBasic with the PIC16F84 PIC Microcontroller
‹ Previous Next ›

You get a really good feeling when you plug in some lights and appliances and power them with your own...