The clock is synchronised via the German time signal DCF77. It has a display with automatic brightness control and a RS232 computer interface.

The clock is built around a PIC16F84 microcontroller from Microchip. I chose this microcontroller since its FLASH memory is easy to program and assembler and programmer software is freely available for GNU/Linux. It has 13 general input/output pins which is just enough to implement all the feature I wanted. 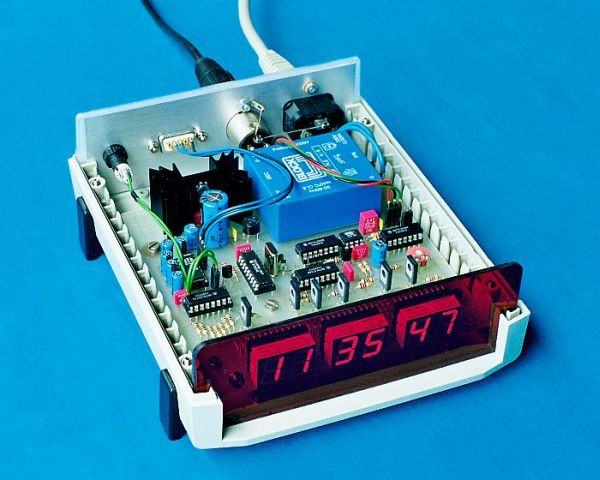