This page describes a project a colleague and I completed between September, 2000 and March, 2001 as part of the Engineering Physics degree program at the University of British Columbia.   In summary this project involved building a USB device using the PIC 16C745 microprocessor from Microchip.  The USB device consisted of a microphone, the microprocessor and other hardware and the device sent audio data to the host computer.

This page contains notes, links and code extracts from this project relating to USB, USB Human Interface Devices, the 16C745 microprocessor, and specifics of this project.  Hopefully this information will be helpful to your project. 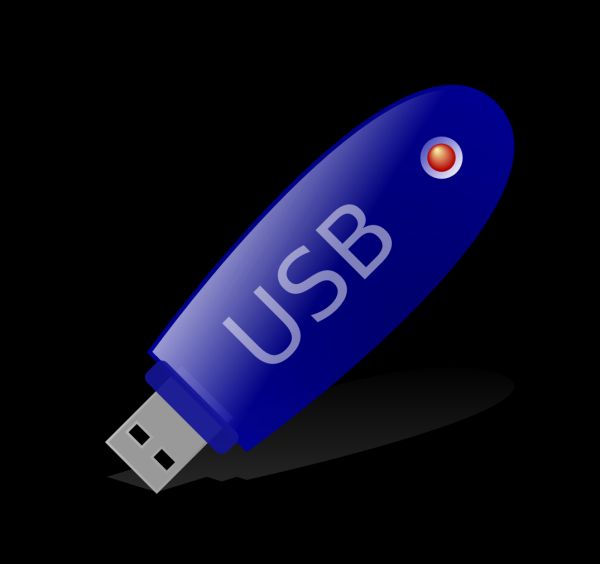 We achieved our goal and built a working device.  This involved building the device hardware (microprocessor, microphone, and supporting electronics) and software (microprocessor code and host computer code).  Unfortunately, the relatively low sampling rate by the microprocessor in the analog-to-digital conversion process mangled the audio signal to make it indecipherable at the host computer, but loud/soft transitions were easily detected.

USB (Universal Serial Bus) is a protocol that allows two way communication between peripheral devices and a host computer.  It is hot pluggable, allowing the device to be connected and/or removed while the computer is running.  There are lots of other features of USB.

Here is a quick overview of what is involved in USB.

Human Interface Devices (HID) are a class of USB devices that give structure to the data that will transfered between the device and the host computer. During the enumeration process, the device describes the information that it can receive and send.  This allows a host computer to handle the data being received from the USB device without requiring a specially designed device driver.

The HID class is supposed to include devices such as a mouse, joystick, keyboard, etc. Because the host computer knows what the data means a device driver is not necessary for HID devices, the operating system can supply a generic HID driver. For instance, if you plug in a USB Mouse, it will immediately work because the OS knows how to interpret information received from a mouse.

Information on the HID class can be found at www.usb.org/developers/hidpage. You can see examples of HID descriptors starting on page 89 of the HID 1.1 spec from usb.org.

A very useful tool for designing HID class devices is the HID Descriptor Tool also available from usb.org. This tool allows you to put together the HID description and run it through the HID parser.

Some other useful tools are available from Intel University Press[1]. They include ‘USB Single Step’, ‘USBView’, ‘HIDView’ and the HID Descriptor Tool described above.

If you are using Visual C++, then the ‘hview’ sample program that comes with the Windows DDK is good for examining the HID descriptor and values. Unfortunately the program is more complicated than it needs to be and is not a good example of using the USB functions.

I used the PIC 16C745 from Microchip as the USB interface microcontroller. This chip belongs to a two chip family (along with the 16C765) called the 16c7xx.

The 16C745 is a 28 pin microprocessor operating at 24 Mhz. It has 8K of program memory, 256 bytes of RAM and 5 x 8bit analog inputs (the 16C765 has 40 pins and 8 analog inputs). The specifications are available from Microchip. The reference manual for the mid-range microprocessors is also useful.

Download the development environment from Microchip called MPLAB (freely available from Microchip’s web site). Another necessary component is the USB firmware. The support files that I used seem to no longer exist on the Microchip web site being replaced by a more sophisticated USB example. The firmware includes the following pieces: