In this tutorial we learn to Enable UART communication with PIC Microcontroller and how to transfer data to and from your Computer. So far, we have covered all basic modules like ADC, Timers, PWM and also have learnt how to interface LCDs and 7-Segment displays.  Now, we will equip our self with a new communication tool called UART which widely used in most of the Microcontroller projects. Check here our complete PIC Microcontroller Tutorials using MPLAB and XC8. 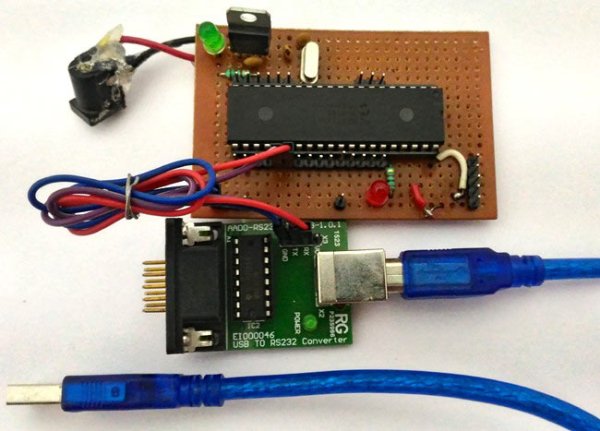 Here we have used PIC16F877A MCU, it has a module called “Addressable Universal Synchronous Asynchronous Receiver and Transmitter” shortly known as USART.  USART is a two wire communication system in which the data flow serially. USART is also a full-duplex communication, means you can send and receive data at the same time which can be used to communicate with peripheral devices, such as CRT terminals and personal computers.

The USART can be configured in the following modes:

There are also two different modes namely the 8-bit and 9-bit mode, in this tutorial we will configure the USART module to work in Asynchronous mode with 8-bit communication system, since it is the most used type of communication. As it is asynchronous it doesn’t need to send clock signal along with the data signals. UART uses two data lines for sending (Tx) and receiving (Rx) data. The ground of both devices should also be made common. This type of communication does not share a common clock hence a common ground is very important for the system to work.

A RS232 to USB converter is required to convert the serial data into computer readable form. There are ways to design your own circuit instead of buying your own module but they are not reliable as they are subjected noise. The one which we are using is shown below 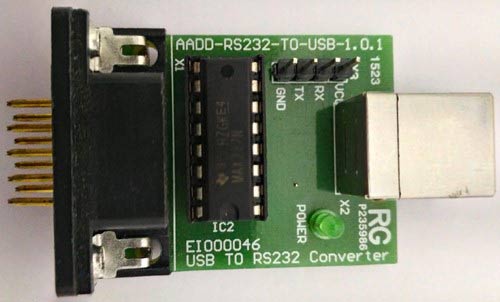 Note: Each RS232 to USB converter would require a special driver to be installed; most of them should get installed automatically as soon as you plug in the device. But, if it doesn’t relax!!! Use the comment section and I will help you out.

Like all modules (ADC, Timer, PWM) we should also initialize our USART module of our PIC16F877A MCU and instruct it to work in UART 8-bit communication mode.  Let’s define the configuration bits and start with the UART initialization function.

Initializing the UART module of the PIC Microcontroller:

The Tx and Rx pins are physically present at the pins RC6 and RC7. According to datasheet let’s declare TX as output and RX as input.