HRL Laboratories, based in Malibu, CA, recently tested a prototype neuromorphic chip with 576 silicon neurons aboard a tiny drone measuring 6×6×1.5 inches and weighing 93 grams. The project was funded by the Defense Advanced Research Projects Agency (DARPA). 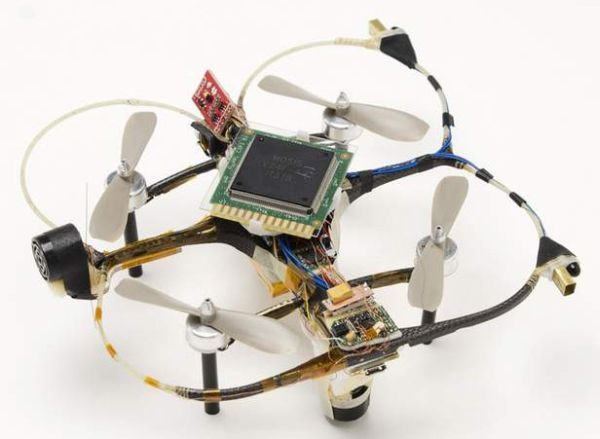 The drone, custom built for the test by AeroVironment of Monrovia, CA, flew between three separate rooms. The aircraft was able to process data from its optical, ultrasound, and infrared sensors and recognize when it was in a new or familiar room.

Tim Simonite, of MIT Technology Review, reports that the first time the drone was flown into each room, “the unique pattern of incoming sensor data from the walls, furniture, and other objects caused a pattern of electrical activity in the neurons that the chip had never experienced before. That triggered it to report that it was in a new space, and also caused the ways its neurons connected to one another to change, in a crude mimic of learning in a real brain. Those changes meant that next time the craft entered the same room, it recognized it and signaled as such.”

Design & simulate in the clouds

It was a few years ago that I first heard of a free site where you could draw and simulate...