You have probably been to a party where there is a strobe and it delays everything. Today we are going to use this principle to “slow” stuff (fans) down. Maybe you have seen one using 555 timers, the Arduino and maybe even the Propeller chip. However, have you ever seen one with a PIC?

We are going to build this today. I am using the PIC12f675 from Microchip. THer is a video below to show the inner workings. 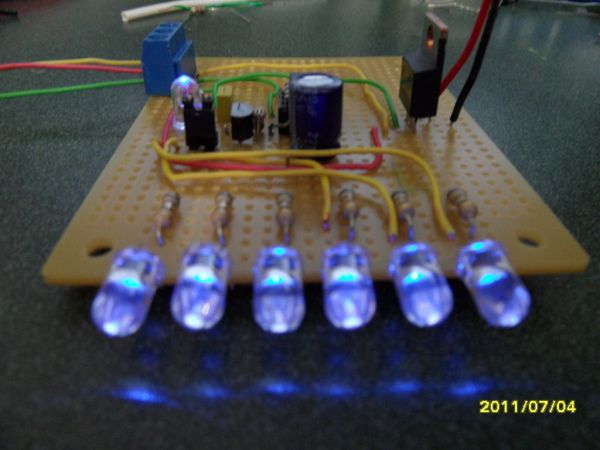 Step 1: Get the Parts

You will need:
Perf Board
6 volt battery pack (AA) (If you want, it can have a power switch and cover.)
7805 regulator (I use it in case I use a power supply.)
220uF capacitor
2 0.1 ceramic disc capacitors (it should say 104 on it.)
2n2222 NPN bi-polar junction transistor (use this transistor or a power transistor…I say this because 2n2222 can drive up to 1 amp but really, a transistor with 500mA will work.) 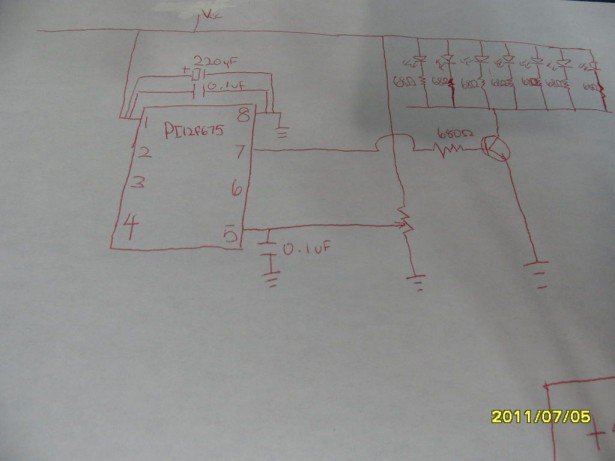 7 680ohm Resistors (I say seven because it has 1 “power led” See Notes at the bottom to hear why. This other LED also strobes like the others.)
potentiometer (I like 100K…gives me good range)
7 LEDs ( I prefer blue but any bright LED will work.)
PIC Programmer (I used the old fashioned QuickWriter.)
…and most importantly the PIC12f675 Microprocessor!