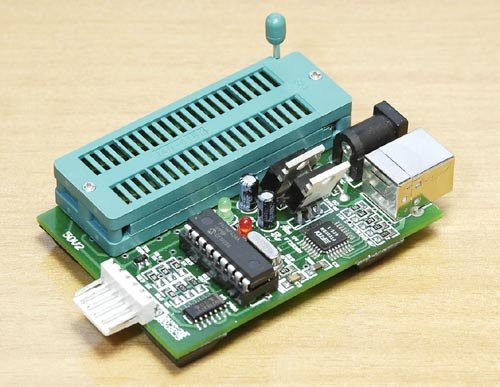 A fully featured compiler for the PICBASIC language to program PIC microcontrollers is available from meLabs, Inc. Mikroelektronika offers PIC compilers in C.For the tutorial given on this website we have used MikroC, a  PIC C compilers from Mikroelektronika.The reason we used MikroC is because of its simplicity then again its my opinion.When we  build any program, a hex file is created. A hex file  is a format used to store machine language code in hexadecimal form. After creating the hex file , we use a programmer to burn the code onto the microcontroller for that we use Pickit2 programmer[for latest devices Pickit 3].The software can be downloaded from here

Run MikroC  as administrator as shown in the figure [Note: MikroC and MikroC pro for PIC are different compilers.We have used MikroC in all our tutorials for PIC. Please don’t confuse it with MikroC pro].

A sub window will open .Implement the following things in it

Steps to write your program to PIC microcontroller

Connect your PIC microcontroller to the PIC programmer.

Classic push-button switches are favorite for many decades, maybe also because they´re well known already from the beginnings of electronics....