Engineers of my generation in the UK will remember the Science of Cambridge Mk14. Intended to be Sir Clive Sinclair’s first home computer kit for the general public, it served to train a generation of electronics engineers in how to program microprocessors.

The Mk14 was based on, and virtually identical to, the ‘Introkit’ that was available in America at around the same time. It had a 512 byte monitor ROM, 256 bytes of RAM, an eight or nine digit LED display with bubble magnifiers, and a notoriously bad twenty key keyboard. 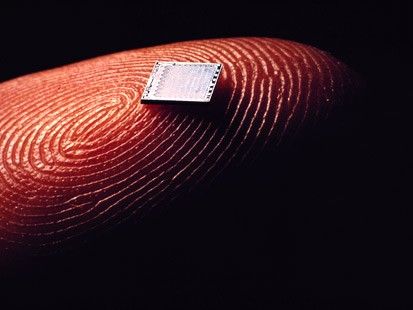 The Mk14 was the first computer I ever got to program. Most are long gone now and if, like me, you feel a nostalgic desire to relive or repossess one of these venerable machines, then the options a really pretty limited. Basically, you either have to try buying one on Ebay (rare and expensive), searching around obscure component vendors to pull together the parts yourself, or using one of the excellent PC emulators that people have made.

Up until now, if none of those options were acceptable then you were stumped.

Introducing the PIC14 – a full speed emulation of an unexpanded Mk14 on a PIC!

The PIC14 is a ‘cycle perfect’ emulation insofar as every SC/MP instruction executes in the same time as it would on a real SC/MP chip. However, the emulation departs in a number of ways from true Mk14 behaviour:

The Mk14 had a characteristic by which the display would sometimes freeze with a single bright digit when the reset button was pressed. Reassuringly, the PIC14 exhibits the same behaviour!

The Mk14 display segment drivers were a bank of AND gates, one input of which was tied to a common line, which itself was tied high through a resistor (one suspects that these gates were present only to protect the preceding make-shift segment latches from the non-TTL levels on the segment lines).

It always struck me as odd that this line wasn’t exploited as a ‘display enable’ signal that could be tied to the SC/MP reset input. This would ensure that the Mk14 display was blanked while the microprocessor was held in reset. There were even a couple of spare gates that could have been used to clean up the relatively slowly changing signal on the reset button. As usual, I suspect time pressure was the reason that this small embellishment failed to get realised.

The PIC14 has a couple of additional features over the Mk14:

The PIC14 was constructed on square pad board. With the exception of the power rails, all wiring was point-to-point using enamelled 18 gauge copper wire. A heat sink was fitted to the voltage regulator but is probably unnecessary. A 78M05 device could certainly be substituted here, though a 78L05 device is probably optimistic. The ten or so milliamps of segment current gave a very satisfactory display brightness using the specified displays. A keypad escutcheon suitable for use with push switch Maplin part no. FF87U is provided.

Serial connection is through a 2.5mm jack socket that takes a serial lead intended for a PDA. Be careful if you use a PDA lead – some have strange wiring and / or resistors built into them. Under consideration is a two chip NIBL computer using an external RAM chip for program storage. Strictly speaking, of course, this will be a three chip solution when the RS232 transceivers are included!

Some would argue you can’t do anything in 256 bytes of RAM. How wrong they are! To show just what is possible, I present my Babbage difference engine emulation! I wrote this partly to demonstrate just what can be done with apparently meagre hardware, but also to provide a test of the emulation, in particular, the decimal addition algorithm.

The Babbage difference engine was remarkable because it accomplished a lot with no more than simple addition. It used the principle of differences to generate high order polynomials. To illustrate how this works, consider the simple situation where we keep adding a constant to a number. We know that the number will keep escalating linearly (e.g. 0, 1, 2, 3, 4…).

Now, suppose the number we add is not a constant, but itself is escalating. The sequence we then produce is 0, 1, 3, 6, 10, 15. This sequence is actually a parabola – a second degree polynomial. By cascading stages of adders in this way, Babbage was able to synthesis polynomials of any order, typically tenth order.

The example Babbage.asm uses tenth order differences but only sixteen digits of precision (only!!!). Babbage knew that resolution at high orders was going to be a problem, and the real difference engines used thirty digits. The example has the engine pre-primed for generation of the function 4.arctan(x) over the interval 0.0..1.0, in fifty steps. If the run is successful, it should finish on the value 4.arctan(1) which is π. Even with just tenth order and sixteen digits, the example arrives at π to within about 11 parts per million!

For more detail: Introducing the Science of Microchip PIC14