Figure 1 depicts a traditional three op-amp differential amplifier. For the sake of simplicity we will assume that A3 is an ideal noiseless opamp and the four resistors labeled R6 are exactlyequal, so that the output of A3 is given exactly by V1 – V2. The A3 circuit is a perfect subtractor. We will also assume that the two resistors labeled R1 are exactly equal. The outputs are given by: 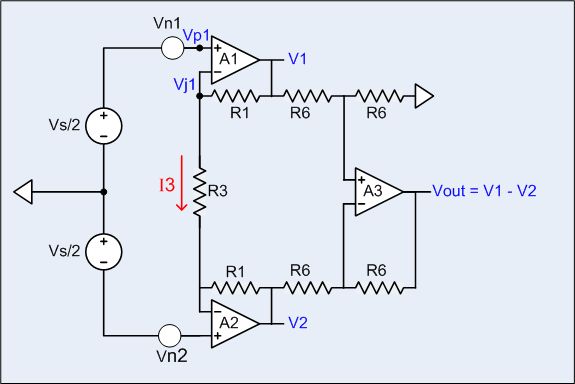 Vn1 and Vn2 are random, so that the polarity can be chosen for convenience. The signal and the noise sources all have the same gain, so the signal to noise power ratio is Vs² / ( 2 Vn² ).

Figure 2 depicts the circuit of this Design Idea. Resistor R3 has been duplicated and its hookup modified. The outputs of this circuit are given by:

Do you want to speed up to a “Long Term Evolution”? With Quectel modules it´s already possible…

Company Quectel brings to a market its first high-speed module EC20 which you can try yourself. More than fifty developers...