Zeta is a Single Board Computer (SBC) from Diamond Systems that combines a COM Express Mini Type 10 module based on Apollo Lake or Bay Trail SoCs with a DAQ-rich carrier, and a heat spreader mounted below. The Zeta COM Express Mini Type 10 supports the quad-core Atom E3940 and Pentium N4200 from Intel’s Apollo Lake generation, as well as a dual-core Atom E3825 from the earlier Bay Trail family. Measures 84mm by 55mm, Diamond, Creators of Zeta do not promote their creation as a standalone Computer -on-Module product mostly because of its extra add-ons and functionality. 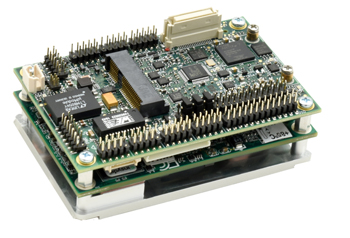 The Zeta processor choice can be obtained in two Stock Keeping Units (SKUs), one has 16x DIO lines while the other has an FPGA-driven data acquisition circuit that replaces the 16x DIO with a 27x DIO connector. The second SKU also adds 4x channels of 16-bit digital outputs, eight 32-bit timers, 16x channels of 16-bit analog inputs among other features.

The Zeta offers 2GB, 4GB, or 8GB RAM depending on the type of processor chosen. There’s also a microSD slot, as well as a mini-PCI express slot with mSATA support. Standard features include 2x GbE, VGA, LVDS, USB 3.0, 4x USB 2.0, and 4x RS-232/422/485. It also comes with an optional daughter board to act as an expansion set. The daughter board has a full-size mini-PCI express slot, an M.2 M-key 2242 for an SSD, and audio I/O.

General Specifications for the Zeta Serial Board Controller are:

Hello friends, hope you all are healthy, wealthy and wise. Today’s topic is about the control of stepper motor. In...