I have built this project to burn my small PIC’s
This is a serial programmer works on the RS232 ( PC serial port ), known as JDM Programmer, thanks to the site http://pic16f84.hit.bg/ which contains the schematic and the programmer software. 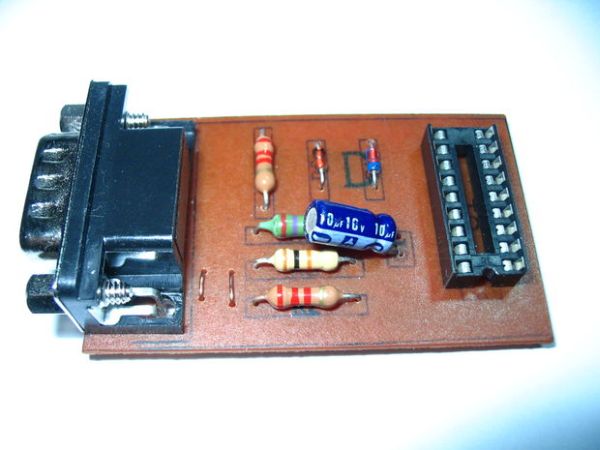 The programmer is powered from the Serial port itself, so there’s no need to any external power supply.
But be careful this circuit will not work with the Laptop Serial port due to the weak voltages it has.

– I have used a very nice programmer software called “Win PIC Programmer” you can download it from
http://freenet-homepage.de/dl4yhf/winpicpr.html, it’s very stable and powerful.

The project has been tested with the following IC’s :

The Schematic for this project is shown below, no critical components .

– I have made the PCB using WinQcad Software it’s easy and has a nice autorouting feature. Please download the PDF document which contains the true scale dimensions.

You will see two files :

PCB.pdf and PCB_copper_pour.pdf
the second one has a “mass copper pour” to save your etching solution and to speed up the etching process without affecting your tracks. 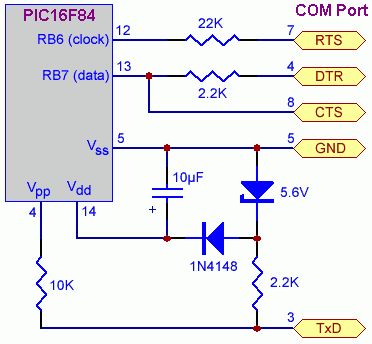 – I used the Toner Transfer method draw the tracks, i can say the output is nice. I have included the steps required to make PCB in the following steps.

Step 3: Toner Still on the PCB

This output from the Ironing process, you can see the black toner tracks, the paper has been removed using a tooth brush.

PIC microcontrollers are a very useful and versatile tool for use in many electronic projects. They are very inexpensive and...