A lot of you may heard about microcontrollers and its applications. Well it is a bit difficult to start learning microcontrollers. And the guides and tutorials also do not start from zero level which makes learning far more difficult than anticipated. I have tried to start from zero level in here also. All you need is the simplest knowledge of electronics or digital circuits. But you surely should have a decent knowledge of C language.

The software for programming Microchip microcontrollers comes by the name MPLAB IDE. MPLAB is the name of the software and IDE stands for Integrated Development Environment. IDE means that the software itself has all or most of the features that is needed. MPLAB IDE can perform the following operations : 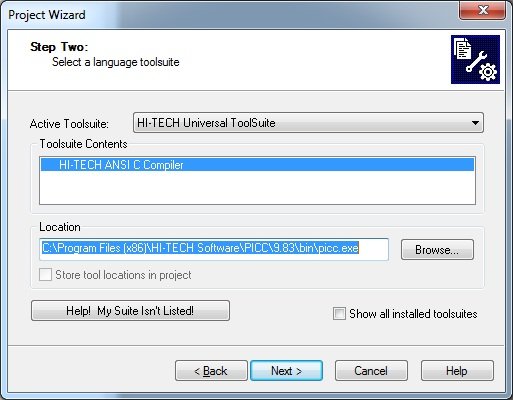 Hence it is called an Integrated Development Environment.

Some things should be clear before starting the tutorial. We can write programs for the PIC microcontrollers in MPLAB but the syntax and code depends upon the library, which may be different from family to family and even a lot of libraries are available for the same family of microcontrollers too.

We are discussing about the Hi-Tech C Compiler library (HTC) for MPLAB in this tutorial. It is used for programming the microcontrollers of series 16F which will be enough for the beginner users. Now if you want to have very high performance applications through microcontrollers then you need to go to higher and more powerful family of microcontrollers like 18F, 24F series and for them the programming library is different. But as the 16F series microcontrollers are 8 bit and support clock rates up to 20 MHz, they are useful in most of our non-commercial applications.

So let’s cut directly to the chase. The software MPLAB IDE comes with integrated HTC compiler library from the version 8.56 on wards.

Now we need to define the frequency of oscillator used in the system. This is the style of defining the oscillator frequency. The value 8000000 means its frequency is 8MHz. 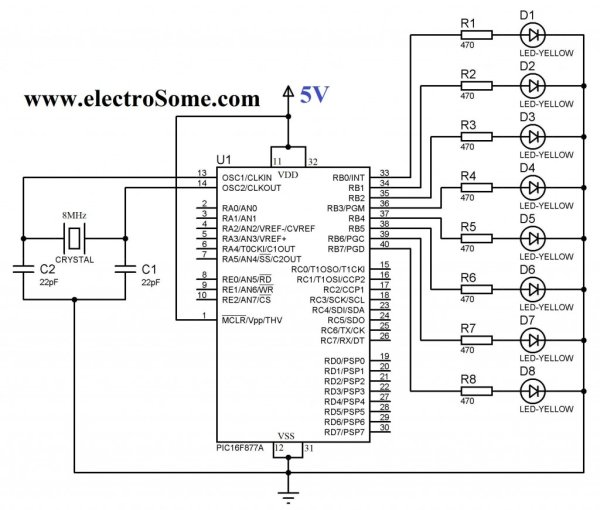