In this project, 8 LEDs are connected to PORT B of a PIC microcontroller. Also a push-button switch is connected to bit 0 of PORT A using a pull-up resistor.. When the switch is pressed the LEDs scroll to the right. 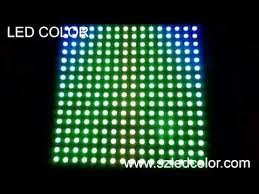 The software for PicBasic language is given in Figure 3. At the beginning of the program PORTA, PORTB, TRISA, TRISB, and CMCON register addresses are defined. TRISA is set to 1 so that bit 0 of PORTA is configured as an input port. Similarly, TRISB is cleared to 0 so that all bits of PORTB are configured as outputs. Push-button switch is connected to bit 0 of PORTA (RA0). Normally this pin is pulled high to logic 1 by using a resistor. When the switch is pressed the pin goes down to logic 0. PORTA pins on the PIC16F627 microcontroller have dual functions and they can either be used as analog comparator inputs, or as digital I/O ports. CMCON register is used to control the function of these pins. Setting CMCON to 7

‘ 8 LEDs are connected to PORTB of a PIC microcontroller. This program

‘ scrolls the LEDs to the right or left depending on a switch setting. The switch

‘ is connected to bit 0 of PORT A. If the switch is not pressed the switch

‘ output is at logic 1 and the LEDs scroll to the left. When the switch is

‘ pressed the LEDs scroll to the right. A 250ms delay is used between each 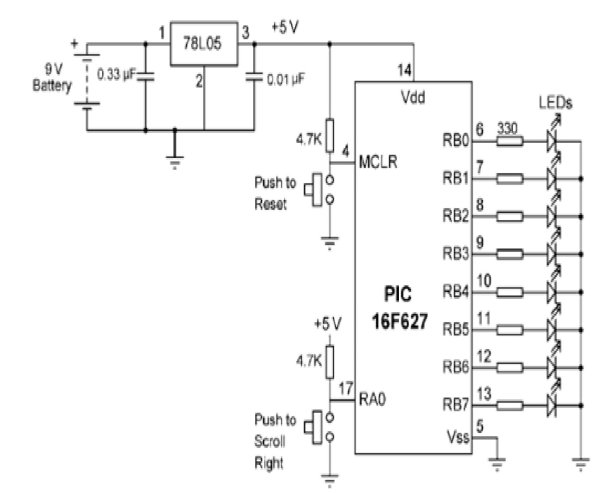 Description The PAM8905 is a high efficiency Class - D audio power amplifier with an integrated boost converter. It drives...