This project uses a MicrochipPIC microcontroller and an Infra-Red LED to act as a PC controlled cable TV changer. 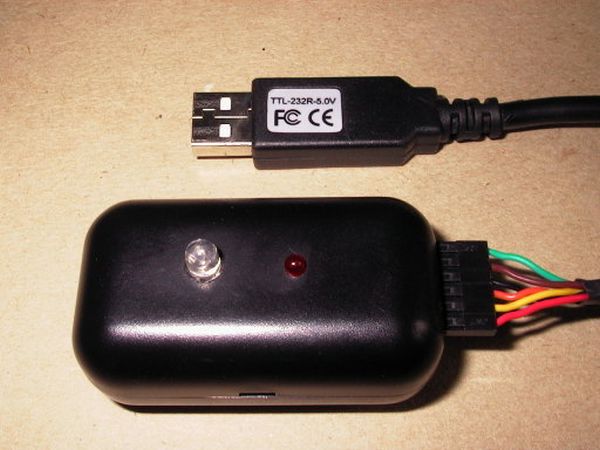 The purpose of this is so that my MythTVPersonal Video Recorder (PVR) can change channels on the cable TV set-top box when making a recording. A very simple program on the computer sends the channel number over RS232 to this PIC based IR transmitter which creates the correct waveform for the digits to be sent.

The cable TV box is very old and uses an unusual coding format that I haven’t seen described elsewhere and which doesn’t seem to be covered by most programmable remote controls. By capturing the signals it was possible to decode them so that the correct signals can be generated for the digits.

The function itself is very simple with just a PIC with a serial interface and an LED that is switched by a single transistor switch to provide sufficient current. I am using a very nice FTDI USB to serial converter cable (TTL-232R) that provides 5V TTL levels as well as the 5V power supply for the circuit.

In this picture the box can be seen with the Infra-Red LED and a smaller red LED visible. The USB connector is at the top of the picture and has all of the RS232 converter electronics are built in to the connector which makes a very nice package. 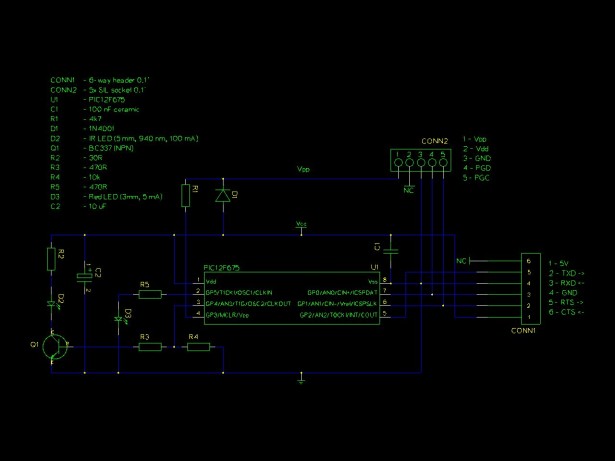 Features Synchronous Boost and Buck Controllers When Cascaded, Allows VIN Above, Below, or Equal to Regulated VOUT of Up to 60V...