This post provides the i2c bit banging code for PIC16F84A microcontroller. As we know[1], PIC16F84A microcontroller doesn’t have any built in i2c modules, so we have to create it in the software. This code is written in C language using MPLAB with HI-TECH C compiler. You can download this code from the ‘Downloads‘ section at the bottom of this page. 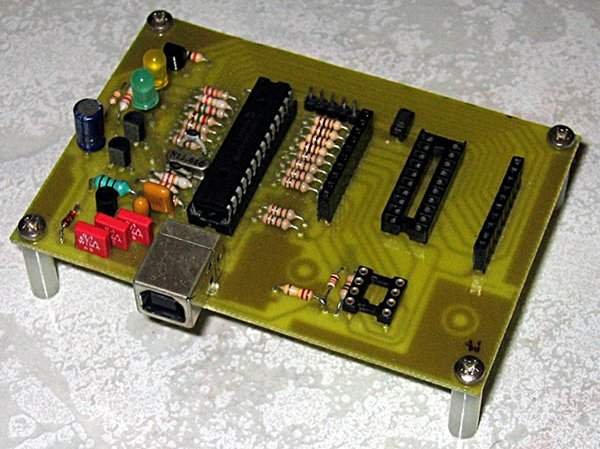 In the above circuit[2], RA4 pin is being used as SDA pin and RB0 pin is the SCK pin. Both of these pins are pulled up using 10K resistors as required for i2c protocol. Proteus provides an ‘I2C Debugger Tool‘ which is attached on the SDA and SCK pins in the above circuit. This i2c debugger tool receives all the i2c messages and displays them on the ‘I2C Debug‘ window displayed in above figure. Close up image of this ‘I2C Debug‘ window is shown below in the figure. 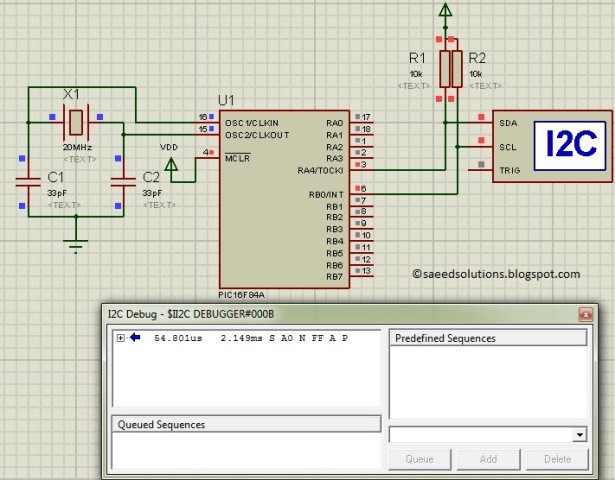 I2C code for PIC16F84A was compiled in MPLAB v8.85 with HI-TECH C v9.83 compiler and simulation was made in Proteus v7.10. To download code and Proteus simulation click here.