This project is based on ideas from Rickard’s electronic projects page and David B. Thomas VCR Pong. However, I have developed the simplicity even further, eliminating most of the external components. Using microcontrollers with internal 4MHz clock generator there is no need for the xtal. The 12f675 part also operates on wide voltage range, and the regulator can be removed. 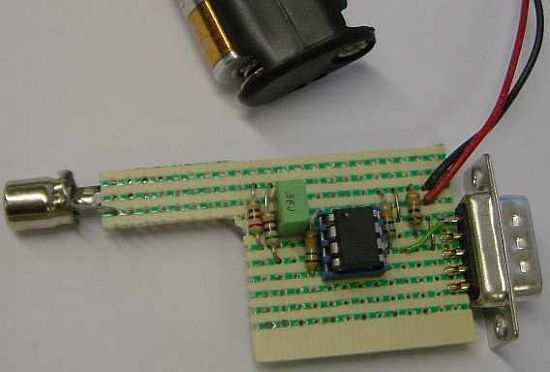 I think this schematic diagram tells you all. Note that the power to paddle resistors comes from an output pin, so that current can be switched off also in sleep state.

Prototype board still has redundancy, but is already quite impressive for a ‘video game system’.

Many people using Arduino or some other development board in their projects, instead of making their own board with microcontroller...