Interfacing is the process of connecting devices together so that they can exchange the information and that proves to be easier to write the programs. There are different type of input and output devices as for our requirement such as LEDs, LCDs, 7segment, keypad, motors and other devices.

Here is given some important modules interfaced with microcontroller 8051. 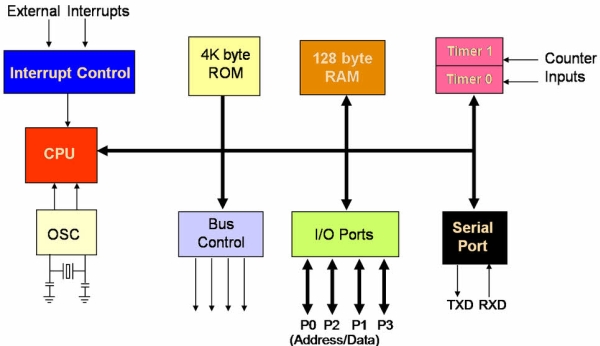 LEDs are most commonly used in many applications for indicating the output. They find huge range of applications as indicators during test to check the validity of results at different stages. They are very cheap and easily available in a variety of shape, color and size.

The principle of operation of LEDs is very easy. A simple LEDs also servers as a basic display devices, it On and OFF state express meaning full information about a device. The common available LEDs have a 1.7v voltage drop that means when we apply above 1.7V, the diode conducts. The diode needs 10mA current to glow with full intensity.

The following circuit describes “how to glow the LEDs”.

The 7-segment displays are used in a number of systems to display the numeric information. They can display one digit at a time. Thus the number of segments used depends on the number of digits to display. Here the digits 0 to 9 are displayed continuously at a predefined time delay.

The 7-segment displays are available in two configurations which are common anode and common cathode. Here common anode configuration is used because output current of the microcontroller is not sufficient enough to drive the LEDs. The 7-segment display works on negative logic, we have to provide logic 0 to the corresponding pin to make on LED glow.


LCD is very important device which is used for almost all automated devices such as washing machines, an autonomous robot, power control systems and other devices. This is achieved by displaying their status on small display modules like 7-seven segment displays, multi segment LEDs etc. The reasons being, LCDs are reasonably priced, easily programmable and they have a no limitations of displaying special characters.

READ  How to interface Seven Segment Display with PIC18F4550 Microcontroller

It consists of two registers such as command/instruction register and data register. 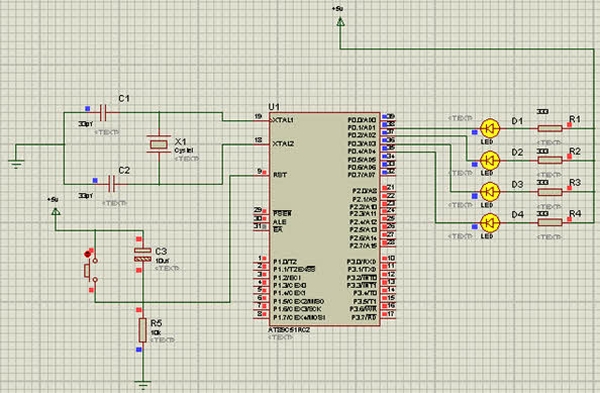 BTc "Binary Time constant" algorithm. A system to record and/or play sound in a bitstream format using just one digital...