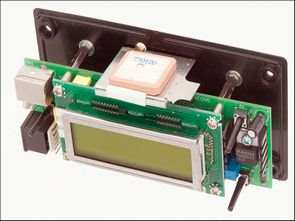 Generally known as PC Tools has prepared a project 🙂 but siliconship in the boat’s GPS system tracks the GPS module EM 408 and mikrodenetleric pic18f4550 usb connection to the circuit there also. 2X16 LCD Indicative date, etc. on the location of the clock compass. Viewing a lot of information. GPS circuit does not include the source code of the software given hex code but with PIC18F4550 circuit design, details can inspire people interested in programming this reason, I wanted to share

This project illustrates a trend in modern electronics… the use of intelligent and general function devices that can be reprogrammed to suit a variety of purposes.

An extreme example of this are the Mars rovers Spirit and Opportunity. They have been reprogrammed many times to cope with the various conditions and terrain that they have met during their exploration of the red planet.

In a similar vein the GPS Boat Computer uses virtually the same hardware and circuitry as the GPS Car Computer described in January and February 2010. The major difference is in the firmware which completely changes the character of the device.

You do not need a PIC programmer for this change in personality; the new firmware can be loaded via USB from your computer and the Car Computer will become the GPS Boat Computer.

You could, if you wished, then load the Car Computer firmware (also via USB) and flip back to that personality. In fact, you could drive to the marina with your GPS Car Computer, load the new firmware (it only takes 20 seconds) and sail off with your GPS Boat Computer!

This also means that if you want to build this project from a kit you can simply buy and build the kit of parts for the GPS Car Computer (from Altronics) and upload the new firmware to turn it into a GPS Boat Computer.

The only thing that you might need to do is consider a different enclosure – and we will talk about that shortly.

The GPS Boat Computer is quite easy to use. You have a number of screens that show useful information which you select by pressing the UP or DOWN buttons. These buttons will wrap around the available set of screens when you have reached the end. When you turn the GPS Boat Computer off it will remember the last screen and will automatically return to that when power is reapplied.

All screens have something that can be configured or changed. For example, when the clock screen is showing you can set the time zone. To change a setting you press the SET button and then use the UP/DOWN buttons to adjust the value. Pressing the SET button a second time will save the value and either take you to another option or return to the main display.