In February of 2007 I spent a little while prototyping a board that turns any bicycle wheel into a moving display billboard using a single string of LEDs. The idea was to do something that would be very visible, turn itself on and off automatically, have enough processing power to dynamically generate bike computer style displays, and have enough memory to store full resolution bitmaps.

The first revision was a hand built board using a single ATTiny26 micro, 14 LEDs, a resistor array, and a magnetic reed switch. 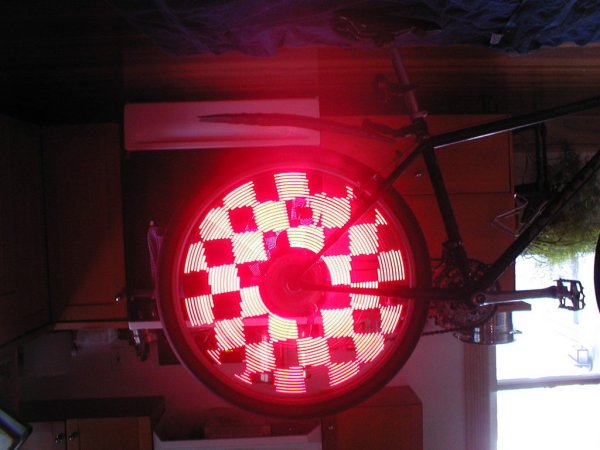 Next I drew up a board using PCB and had it printed. The printed board differed in a couple of ways from the original hand-built prototype:

And some pictures of the final product: (some have been flipped to account for my lack of a proper bicycle stand)

Zia and I have spent a good amount of time retrofitting a HERO-1 to use a little more modern technology. We replaced the processor board with an Atmel ATMega8535, and some of the peripherals are controlled by ATTiny26’s so that they are all capable of operating simultaneously. I don’t have any code yet, but here are a few pictures of the retro-fitted robot. 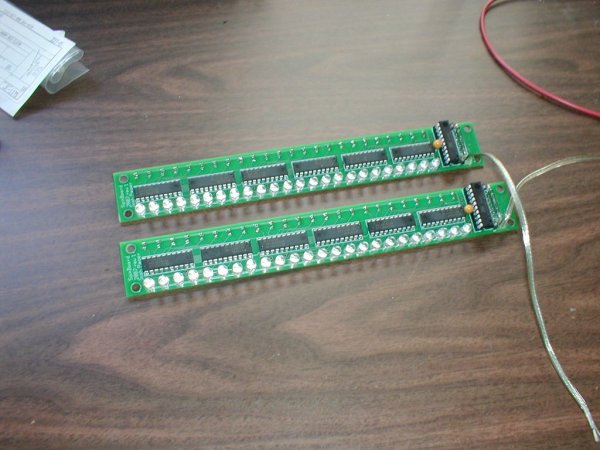 Here is the PIC source for the finished 6 channel light dimmer and 232-485 transceiver. Also have schematics and source code for an xmms plugin to create patterns. Video of the resulting light show.