Most people have heard of Scrum and Agile because it’s mentioned so often by people from the tech industry. It’s a system that holds a lot of value for software and product development. However, it’s also talked about in strange phrases and jargon which most people are not familiar with. It’s confusing for most, especially for those who want to apply it to their needs. 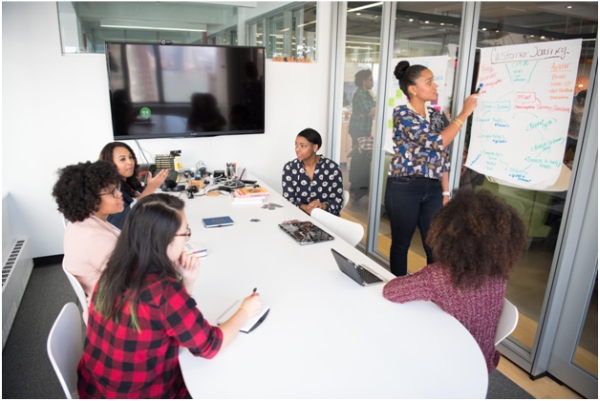 But once you learn more about it, you will understand it better and you’ll be hooked to try it out. The process of big problems prioritized and separated into manageable tasks, the delegation to suitable team members and the community itself is amazing.

This may still sound too foreign for you, but don’t worry. In a few quick points, you’ll learn everything you need to know about scrum and agile.

What is Scrum and What is Agile?

It’s confusing for new people to understand the terms. Scrum and agile may seem interchangeable but there is a difference that anyone who wants to be successful with it should understand.

Agile is a set of practices which are expressed in an agile manifesto. And this basically includes simple systems like working together, organizing your own time and managing yourself and team cross-functionality.

Scrum, on the other hand, is a framework used to implement agile.

Agile is a technique Japanese companies have been using for decades already in companies like Fuji. American businesses were frustrated by the amount of projects which breached the schedule and the budget so they found a better way and agile moved to Western countries. Visit this page to learn more about the history of agile and scrum.

Scrum and agile were born and they quickly spread.

Who benefits from these methods?

Scrum is not limited just to developers or even engineers. It’s a framework that can work for numerous projects as well. It can be used on any complex project but it works best when you have something concrete being made and a team that works on it. For example, in copywriting or marketing teams.

Even the FBI has used Scrum, not to mention marketing companies and even construction companies and teams, as agile.coach website says.  Anyone producing something can use these two methods and frameworks to make their production better.

To understand this better, you have to understand who works in these teams. You don’t need experience or any type of diploma to start.

The best place to start is the backlog which is a place for your thoughts. It can either be a board on Trello or a whiteboard in your office. Then, you would need roles which include Scrum master, product owner and team members.

Scrum begins with the product owner who represents the interest of the user of the product and they have the final say in decisions. This role is in charge of the backlog, the tasks and the final product requirements. Backlog is a priority and the tasks on it have to be ordered based on their priority or urgency.

The next important thing is the sprint which is a timeframe within which you have to complete a set of tasks in the backlog. It will depend on your team.

Teams would meet every day and this is called the daily scrum where progress updates are given. It can also be called a daily stand-up.

Every sprint would have a review at its end which is also called a retrospective. At this stage, the team discusses what they need to improve.

You don’t really need much to start. You don’t need any equipment or training but it can be tricky to learn the jargon and keep following the rules which make everything work.

If you dislike the methods you are using at the moment, then Scrum is your best shot. You could try it immediately and see benefits soon. Most of the process you can get to know as you go. However, the technique and becoming a master at it can be pretty challenging.

Start by learning more about it and then pick your roles. The first role to pick is the product owner which is in charge of the project and is looking out for the final user while having the final say in what happens. The next person to pick is your scrum master which would help the team follow scrum principles. Finally, choose your team members.

Remember that no one is above the others. Each team member does their job and everyone gets a say in the decisions. Everyone knows what is happening and everyone gets to share their ideas. All members are equal.

Next, you should create a backlog of the tasks that need to be done and it should be ordered by the importance of each individual task. This part is never really complete since the whole point is to improve incrementally and according to feedback received. You will add to this later on. Product owner would take care of the backlog.

READ  How The Internet of Things is Changing the Work Place

The next thing you should do is plan the sprint – this would involve picking all of the tasks for it and setting a time frame. Decide what works well for you but keep in mind that they should be short and concise. Everyone in the team plans this part and together, they decide who is responsible for what.

Finally, it’s time to do the work. When you’re done with one sprint, review it and plan the next one. This should continue until you are done.

UltraMiner FPGA is an Affordable 16 nm Xilinx FPGA dev board for crypto mining and other high performance applications. Mining...