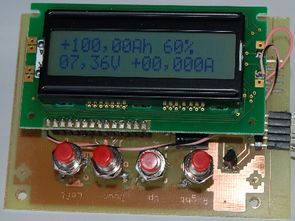 Battery monitor PIC16F690 microcontroller based on the circuit current sensors on the floor BQ2018 enteree is used shunt resistance taken over by the value on the LCD display battery voltage, use percentage (battery, battery Ah value), the current drawn displaying information. Current measuring range. One of the highest 999Ah capacity from 100 Amps

This page describes a battery monitoring projects. When you sail so have time to think and a thought that popped up was: “Is the charge in our battery?”. s / y Moulin Rouge has a 110Ah lead acid battery which only charged via a solar panel 25W NAPS. The largest consumer is kylboxens compressor. Both the charge-discharge rate is not constant over time. Measured with a battery monitor takes the box below about 8.5 Ah / day.

Monitoring the charge of a lead acid battery is not an exact science. Most accurate results you get if you check the electrolyte specific gravity with a hydrometer, but it is rather cumbersome. In order to know which direction it is tilted so one can expect the current into the battery, and over time. Ideally, you lie on the plus and have a margin. One can also measure the battery resting tension corresponding to the charge rate at 20C.

If you build yourself so you can get it just like you want it. The objectives of my project were: 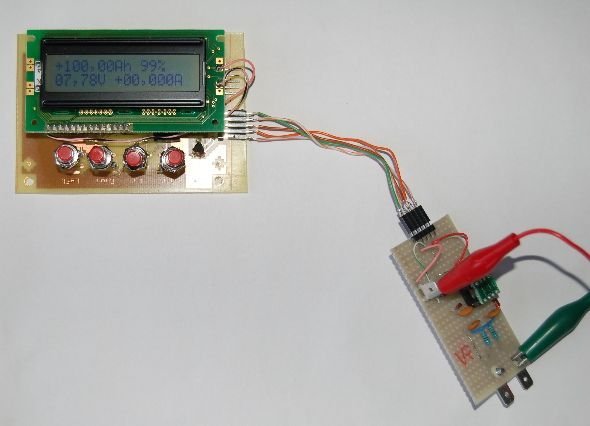 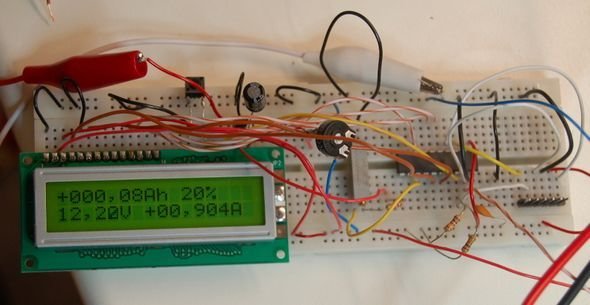