While I was writing some tips to solve problems about Spectrum’ keyboard, some guys asked me for the possibility of using a PC-keyboard coupled by adapter. One market solution was launched by ‘Sintech’, but isn’t available the scheme nor the program used by inner microcontroler. This lack of information pushed me to do an innovating project: I would do the design, prototype, programming, debugging, etc. 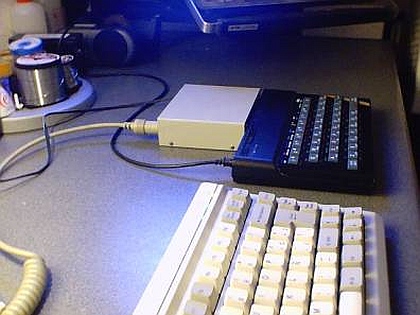 This adapter, developed for me has the name IMAR-3 and his article give all information to be constructed by electronic amateurs.

What this adapter do? Do I need to load something in my Spectrum?

This adapter is connected to expansion bus same as joysticks adapters, giving us the possibility of connecting an standard keyboard, type AT or PS/2. (Old keyboards 94-keys are unuseful). This heart of the adapter is a microcontroller PIC 16F84. This PIC should be programmed before insertion on the board ( a few steps forward will be explained how to program it). Once the PIC be programmed an inserted, is ready for working, and you don’t need to open nor load anything in your Spectrum. .

How this adapter works?

If you opened your Spectrum sometime, you found two flat cables, 8 and 5 contacts which are part of bottom of keyboard, a matrix under rubber keys. The matrix is divided in 8 half-rows with 5 keys each. The following figure shows this: 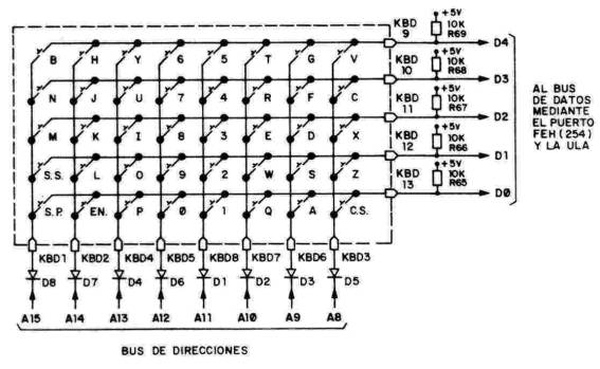 In this example, is the bit D1 which shows the status of key ‘W’. You can see this ‘online’ writing following program and see the changing status depending the key you press in the half-row ‘QWERT’. If the value is set to binary, is more clear to understand. In a emulator works fine, indeed!.

Introduction A few months ago I purchased a Philips PM6674 frequency counter on eBay. It's an older 9 digit counter...