Under a microscope, a silicon chip is a mysterious world with puzzling shapes and meandering lines zigzagging around, as in the magnified image of a 7805 voltage regulator below. But if you study the chip closely, you can identify the transistors, resistors, diodes, and capacitors that make it work and even understand how these components function together. This article explains how the 7805 voltage regulator works, all the way down to how the transistors on the silicon operate. And while exploring the chip, I discovered that it is probably counterfeit. 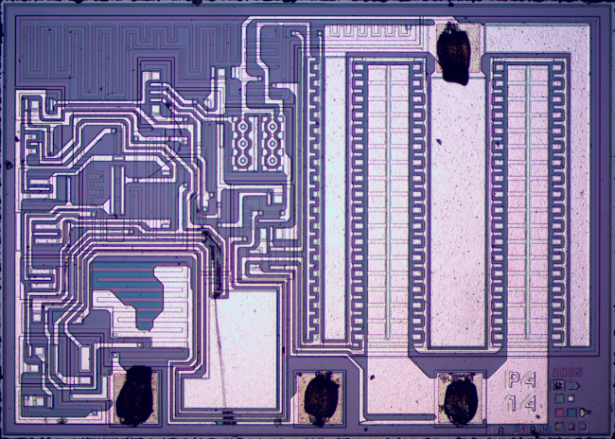 A voltage regulator takes an unregulated input voltage and converts it to the exact regulated voltage an electronic circuit requires. Voltage regulators are used in almost every electronic circuit, and the popular 7805 has been used everywhere from computers[1] to satellites, from DVD player and video games to Arduinos[2]. and robots. Even though it was introduced in 1972 and more advanced regulators[3] are now available, the 7805 is still in use, especially with hobbyists.

Choosing components is a series of time-consuming tasks, from surveying the market for possible candidates to properly evaluating performance. As...