You can see the PWM Fan Controller project here. 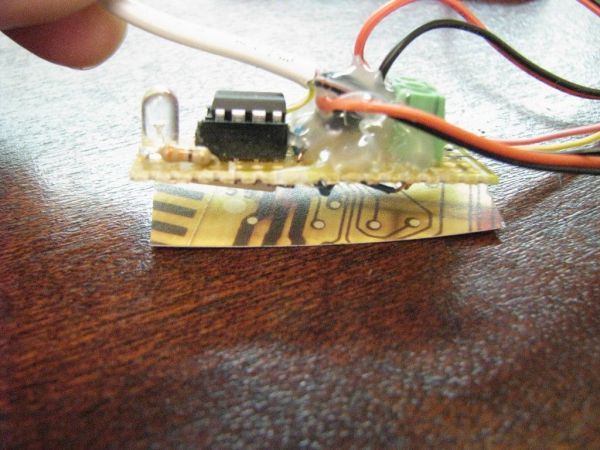 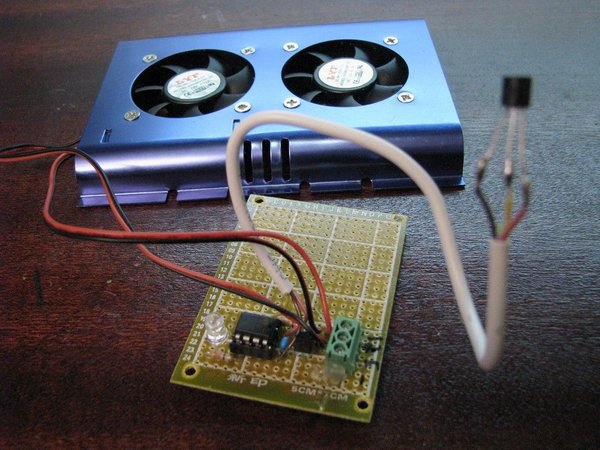 We have most of the items available in the online store. 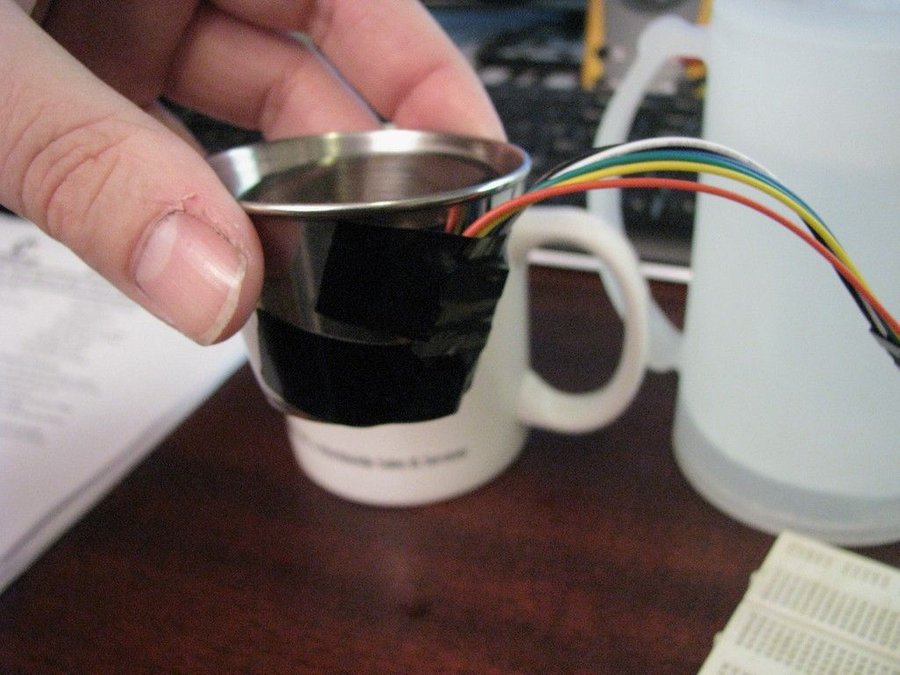 The LM35 temperature sensor package being used is the TO-92, it is small enough for this project and is leaded so that we can easily connect it to some wires. It is also nice since we can extend it by simply plugging it into a 0.1 inch female wire harness. This is a Celsius device and since the output is 10mV per degree it is very simple to calculate the temperature. It is even nice and simple to directly view the temperature on a multimeter as can be seen in the video. 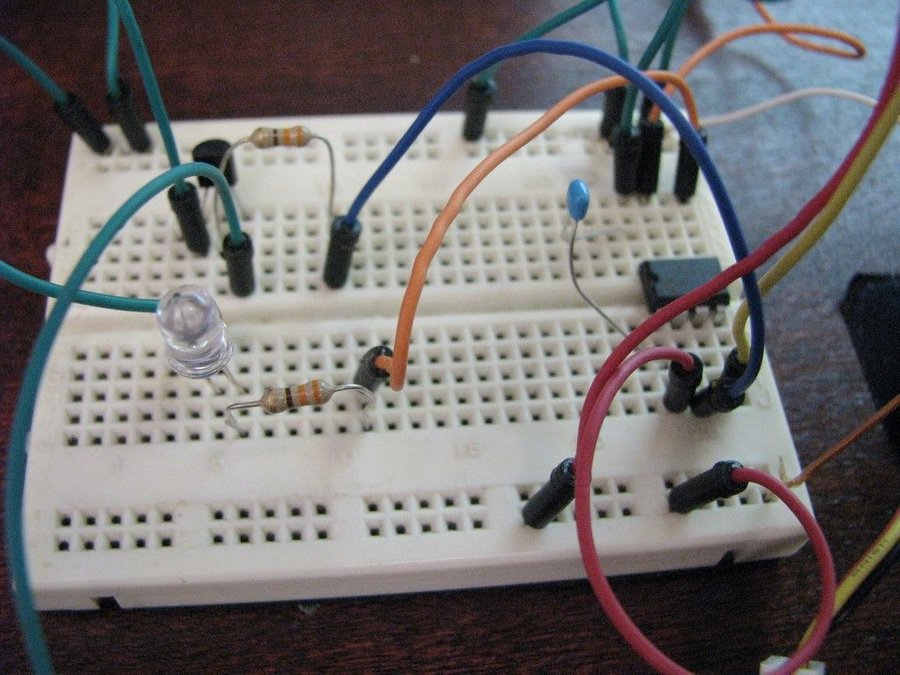 The LM35 outputs 10mV per degree Celsius, this can be read very easily on the meter but unfortunately is isn’t quite that simple to read it within the microcontroller. The output of the LM35 is connected to an ADC (analog to digital converter) so that we can get a usable reading from it, but first we need to do a small calculation.

The analog input has a range of 0 to 5 volts and the digital resolution is 10 bits. This means that the 0 to 5 volt range will be represented by a number from 0 to 1023 in the microcontroller. If we divide 5 volts by 1024 we get the number of volts per digital increment. In this case it is 0.004883 volts per increment. So if the voltage was 1 volt on the microcontroller pin we would expect to have a reading of around 204 as the digital number (1/0.004883).

To convert the digital value to a degrees Celsius number we need to do a bit of math. If we take the digital result and multiply it by 49 then divide it by 100 we will get a result that is very close to the correct result. The calculation looks a bit weird since we are working with integer math. With integer math the information after the decimal is lost. For example 25/3 would be 8 (not 8.333). 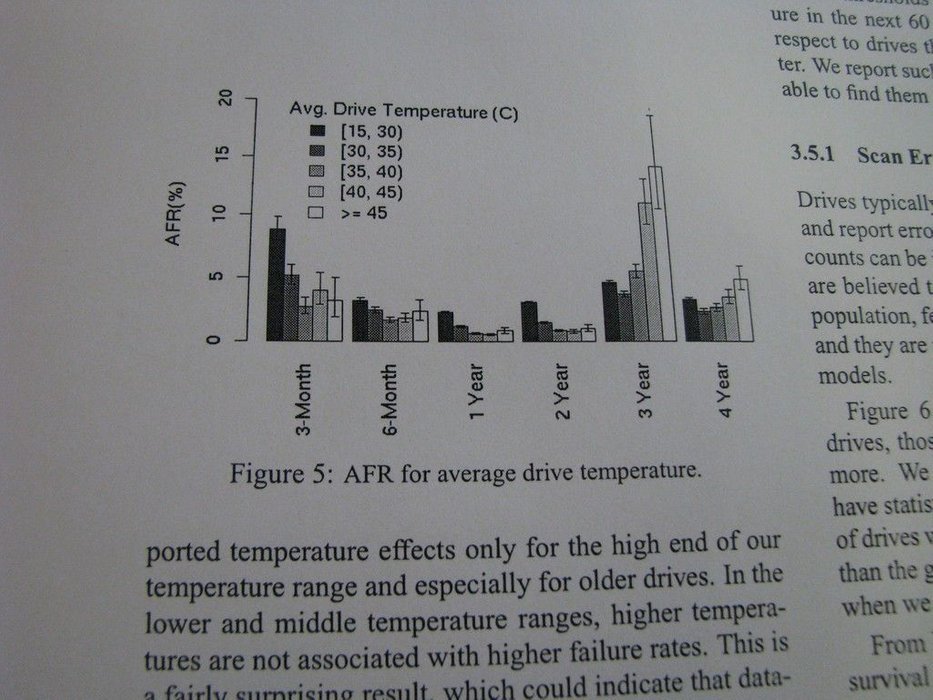 The intent of this project is to keep the fan off when the drive is cool and since the drive spins down after about 5 minutes of inactivity the drive is allowed to naturally cool down. Also when the temperature is moderate the fan speed should be slow which will be as quiet as it can be. To come up with the temperature range of just running slow to running at full fan speed I used the data from the Google hard drive failure report. 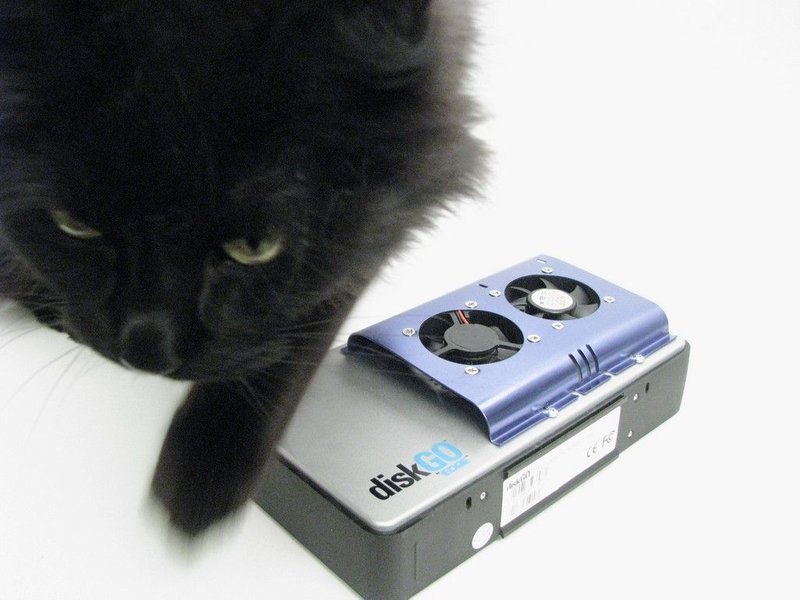 The final circuit was built onto a perf board. The circuit had to be kept quite small so that it would fit in the small area beside the fans in the fan enclosure. A piece of a business card was attached to the bottom of the perf board to prevent the circuit from shorting out to the metal case of the hard drive enclosure. Hot glue was used to isolate some parts of the circuit as well as providing some strain relief in other areas. Hot glue isn’t conductive which makes it perfect for these quick and dirty applications.