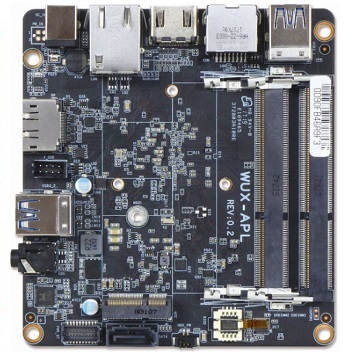 PortWell, the makers, and innovator of several industrial embedded computing solutions who just released the recent Pico ITX Apollo Lake SoC board have just released the Portwell “WUX-3455” board, a small form factor embedded system board featuring the Intel Celeron Processor J3455, known as Apollo Lakes and also part of their WUX-3350 mini PC board series.

With a display port and one HDMI port offering a resolution of about 4096 x 2160 and an onboard Realtek ALC255 driven audio I/O, the Portwell WUX-3455 board isn’t shy away from producing 4K videos with surrounding audio, and enough multiple storage interfaces to hold content. The board is equipped further with Gigabit Ethernet, RS-232 ports and enough USB Ports, data communication is made easy. It provides an M.2 slot support, for various wireless options, and a TPM chip is optional.

Over the last few years, there has been an unprecedented growth in the consumer electronics industry. The smartphones, fitness trackers,...