What is meant by Analog to Digital Converter (ADC)? An ADC converts analog signal to it’s corresponding digital signal.

How to convert analog signal to digital signal? CircuitsGallery.com has already posted ADC using LM324 IC, in that ADC tutorial I had already explained Analog to Digital Converter how it works. 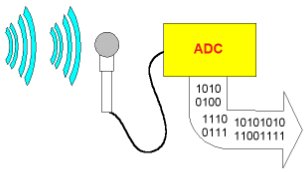 While dealing with Microcontrollers we may face many situations where we have to use ADCs (Digital voltmeter, ammeter etc.). In such situations it’s difficult to set up a separate ADC hardware circuit for our project.

In this article I’m gonna show you how to make use of ADC module in PIC16F877A microcontroller with the help of Mikro C Pro compiler and Proteus 8 simulator.

At the end of this tutorial, I did the video demonstration and simulation about analog to digital conversion using PIC16f877a.

Before going to the circuit diagram and embedded program, let me figure out some details about ADC in PIC and also ADC and inbuilt library functions in Mikro C. 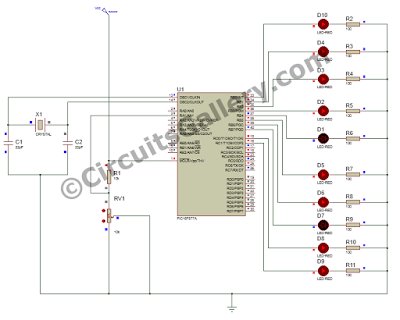 Micro C Library functions provide comfortable platform for working with ADC module in PIC. The only thing that we should add is the LCD library from the library manager.