There have been numerous cases of lithium-ion batteries catching fire in everything from mobile phones and laptops to cars and airplanes. While the odds of this occurring are low, the fact that hundreds of millions of lithium-ion batteries are produced and sold every year means the risk is still very real. Researchers at Stanford University have now developed a “smart” lithium-ion battery that would provide users with a warning if it is overheating and likely to burst into flames. 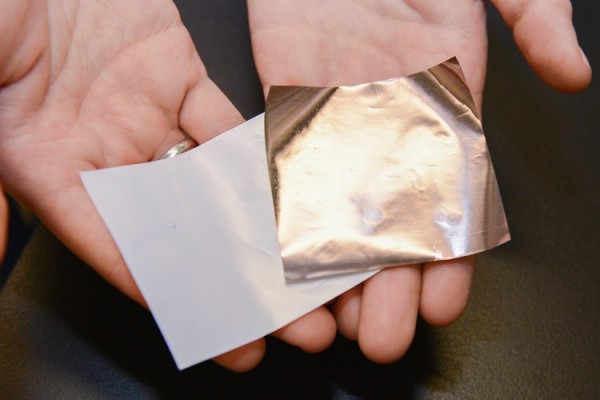 Lithium-ion batteries consist of a carbon anode and lithium metal-oxide cathode that are separated by an ultrathin polymer. This separator is porous to allow the lithium ions to move between the electrodes that are contained within a flammable electrolyte solution through which the lithium ions flow.

But if particles of metal or dust find their way into the separator at the manufacturing stage, or if the battery is charged too fast when the battery is too cold, lithium ions can build up on the anode and form fibers known as dendrites. If these dendrites penetrate the separator and come into contact with the cathode, the battery can short circuit, igniting the flammable electrolyte solution.

While other research teams are exploring non-flammable electrolytes, Yi Cui, an associate professor of materials science and engineering, and his colleagues at Stanford set about developing an early-warning system that could be used in conventional lithium-ion batteries. They did this by applying a nanolayer of copper onto one side of the separator, which created a third electrode between the anode and the cathode.

For more detail: “Smart” lithium-ion battery would warn users if it is going to ignite